‘Then the kingdom of heaven will be like this. Ten bridesmaids took their lamps and went to meet the bridegroom. Five of them were foolish, and five were wise. When the foolish took their lamps, they took no oil with them; but the wise took flasks of oil with their lamps. As the bridegroom was delayed, all of them became drowsy and slept. But at midnight there was a shout, “Look! Here is the bridegroom! Come out to meet him.”Then all those bridesmaids got up and trimmed their lamps. The foolish said to the wise, “Give us some of your oil, for our lamps are going out.”But the wise replied, “No! there will not be enough for you and for us; you had better go to the dealers and buy some for yourselves.” And while they went to buy it, the bridegroom came, and those who were ready went with him into the wedding banquet; and the door was shut. Later the other bridesmaids came also, saying, “Lord, lord, open to us.” But he replied, “Truly I tell you, I do not know you.” Keep awake therefore, for you know neither the day nor the hour.' Matthew 25:1-13

Ten people were invited to a wedding, and the wedding day came,
and five of them had gifts ready and five did not.
Certainly they couldn’t piggyback on someone else’s gift,
and so the five rushed off to get what they needed.
And while they were at Wal-Mart,
dodging the other customers,

desperately searching for something, anything appropriate,
the wedding occurred,
and the reception took place,
and the five wise ones celebrated and ate and drank and danced with the happy couple,
sharing in their joy;
and when the five foolish came with their presents,
cheaply bought and hastily wrapped,
they found, to their great confusion and consternation,
that the party was over, and that they had missed the whole thing.

The bride and the bridegroom had left for the honeymoon,
and the happy guests had all gone home;
there was nothing left to eat or drink,
no music or dancing; nothing left to celebrate.
Only five foolish ones looking foolishly at each other,
embarrassed, ashamed, alone,
with their suddenly useless party clothes
and utterly meaningless gifts.

So Jesus’ command is ‘keep alert.’
Some people take Jesus at his word.
They buy up the books about the Rapture and the tribulation
and see every bad event in the world
as the sign that everything is getting worse and worse

and hope that Jesus will come soon to get us out of this mess.
I sympathize with that.
The whole Christian church prays, ‘Come, Lord Jesus.’
And yet, I don’t think that’s what’s meant here.

Because keeping alert is not simply counting the days on the calendar,
saying, ‘Maybe it will be tomorrow, or the next day, or the next day.’
I wonder if, in Jesus’ parable,
the foolish bridesmaids were like that.
‘Surely he’ll come in the next hour, or the next, or the next’
and meanwhile they had forgotten the most important thing,
the oil they needed for their lamps
to welcome the bridegroom whenever he arrived.

You can get exhausted by the things of the world.
You can lose your faith when a terrible event occurs,
You can wait and wait and wait for the tide to turn,
but when the fullness of the kingdom is delayed,
it can be overwhelming.
This is what the evil one counts upon.

I am reminded of the story of James Stockdale,
In 1965, he was shot down over North Vietnam
and imprisoned for years in the place
which became infamous as the ‘Hanoi Hilton.’
Much later, when he had been released and completed his service,
having become an Admiral after almost literally having been to hell and back,
he was asked by an interviewer,
How did he make it through his torture and confinement? 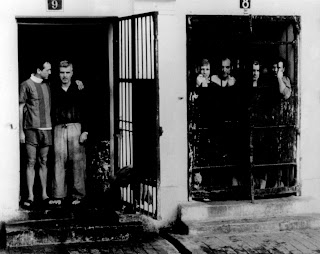 "I never lost faith in the end of the story,"
was Stockdale's answer.
"I never doubted not only that I would get out,
but also that I would prevail in the end
and turn the experience
into the defining event of my life,
which, in retrospect, I would not trade."

His interviewer asked him, "Who didn't make it out?"
and Admiral Stockdale replied immediately:
"Oh, that's easy. The optimists...
They were the ones who said, 'We're going to be out by Christmas.'
And Christmas would come, and Christmas would go.
Then they'd say, 'We're going to be out by Easter.'
And Easter would come, and Easter would go.
And then Thanksgiving,
and then it would be Christmas again.
And they died of a broken heart."

"This is a very important lesson.
You must never confuse faith that you will prevail in the end –
which you can never afford to lose –
with the discipline to confront the most brutal facts of your current reality,
whatever they might be."[1]

Jesus speaks to the people exhausted by life,
who will become weary in the midst of the world,
who despair that they don’t receive what they feel they need,
physically, emotionally, spiritually,
and who in their darkest moments wonder if God will provide. He promises them that the celebration will occur,
that the kingdom will indeed come in its fullness,
and calls them to keep a candle of faith lit until that day.
To carry themselves
if though the kingdom is fully present,
even when it is not evident.
To live as God’s children in the world,
letting their light shine before others,
so that others may see their good works
and glorify their Father who is in heaven.

That is wisdom, to trust in God’s promises
and to act accordingly,
no matter what the external circumstance.
To feel sorry for oneself is foolish;
to let yourself go under difficulties is foolish.
It takes discipline to make it through these times.
Jesus’ words are encouragement for us
to keep the lamp lit.

But those who are comfortable with the world as it is,
and with their lives as they are,
are also like the foolish bridesmaids,
who will have no oil in their lamps at the celebration.
Those do not mourn, with Jesus,
the evil and sadness in the world and in their hearts
and simply take what they can get
and become judges with hardened hearts,
they will miss the celebration of the new world,
because they love the old world
where there are just winners and losers, and they are winners.
We must take this warning to heart,
for those who exalt themselves will be humbled
and those who humble themselves will be exalted.

But those who mourn shall be comforted.
Those who hunger and thirst for righteousness shall be satisfied.
Those who yearn for the celebration
and live lives of faith and discipline in this world,
being the hands and feet of Christ until he comes again,
will be those who rejoice when all comes to fruition.

Finally, what about those of us who believe,
who want to keep the lamp of faith going in times of doubt and despair,
but who feel as if the disappointment is too much?
We are encouraged to look for the light in the world
that can never be put out,
and for signs of God’s goodness and mercy
wherever we can find them.
We need, with this word of God, to hear another word from God
about Jesus and a light.
‘Here is my servant, whom I have chosen,
my beloved, with whom my soul is well pleased.
I will put my Spirit upon him,
and he will proclaim justice to the Gentiles…
He will not break a bruised reed or quench a smoldering wick
until he brings justice to victory.’

Do not be foolish, but be wise.
Keep your head up.
Be Jesus’ hands and feet in the world.
Do the work.
Keep the candle lit.
And never lose faith in the end of the story.