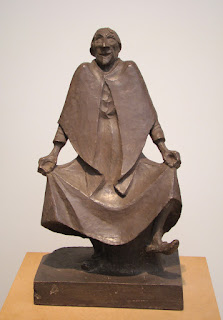 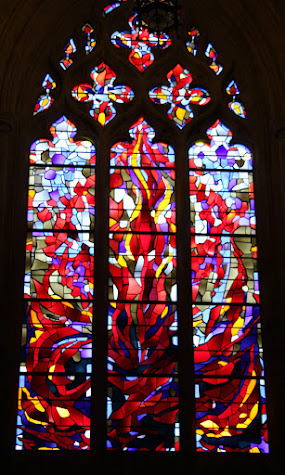 Lawrence, Deacon and Martyr at Rome, 258 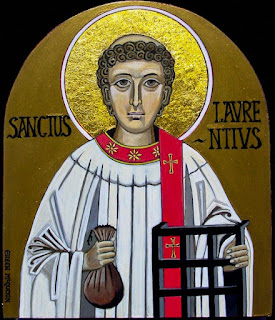 Lawrence (or Laurence) was born, perhaps of Spanish parents, in the early part of the third century. While still a young man he came to Rome where Bishop Sixtus (Xystus) II ordained him deacon, and he was made the chief of the seven deacons of Rome, responsible for the distribution of the charities of the Church and the care of its properties.

In 257 the Roman emperor Valerian began a vigorous persecution of the Church, aimed primarily at the clergy and laity of the upper classes. All the properties of the Church were confiscated, and assemblies for worship were forbidden. On August 4, 258, Sixtus II, who had just become the Bishop of Rome the year before, and his deacons were apprehended at the cemetery of Callistus where they were celebrating the liturgy, and all except Lawrence were summarily executed and buried in the same cemetery. The Roman calendar commemorates them on August 7 as "St. Sixtus II. Pope, and Companions, Martyrs." Lawrence, who knew of the location of the Church's treasure, was tortured and then executed three days later, August 10.

The traditions that have come down to us concerning the martyrdom are unreliable, but they are nonetheless amusing. When the prefect of Rome demanded the treasures, Lawrence is said to have gathered together a great number of the blind, the lame, the maimed, lepers, orphans, and widows of Rome, brought then to the prefect's palace, and declared to him, "Here is the treasure of the Church.' It is said that the behavior of Lawrence in prison was such as to have led to the conversion and baptism of his jailer Hippolytus and his family. Lawrence was, tradition says, condemned to die slowly and painfully by being roasted on an iron grill. Even there Lawrence's courage and humor were apparent, for he is reported to have said to his executioners at one point in the procedure, "I am done on this side; turn me over." (More probably, Lawrence was beheaded, as was Sixtus, as was customary with Roman citizens.)

St. Lawrence met his death August 10, 258, and his feast is listed in the martyrologies as early as the fourth century. During the reign of the emperor Constantine, a church was built over his tomb in the catacomb on the Via Tiburtina. I: was enlarged by Pelagius II (579-590) into the basilica now known as St. Lawrence outside the Walls (San Lorenzo fuori de Mura) and became one of the seven principal churches of Rome and a favorite place for Roman pilgrimages.

The torture and execution of a Roman citizen by Roman authorities made a deep impression on the young Church, which was stunned by such hostility, and his martyrdom was one of the first to be commemorated by the Church. 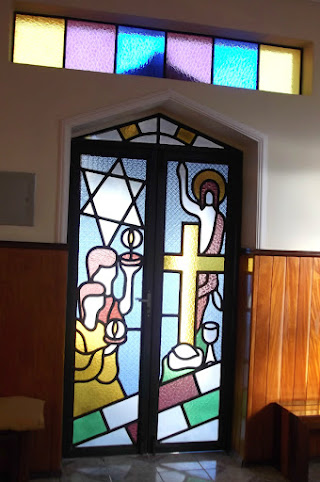 Joseph of Arimathea (transferred from August 1)

Joseph of Arimathea is the disciple of Jesus who is remembered for his brave act of generosity. After the crucifixion he asked Pilate for the body of Jesus and 'wrapped it in a clean linen cloth and laid it in his own new tomb. Matthew says that Joseph was a rich man and that it was he who rolled the great stone to the door of the tomb; Mark describes Joseph as ‘a respected member of the council [the Sanhedrin] who was also himself waiting expectantly for the kingdom of God,’ and adds the detail that Joseph bought the linen burial cloth. Luke notes that although Joseph was a member of the council ‘he had not agreed to their plan and action’ and makes it explicit that no one had ever been put in the new tomb; John indicates that Joseph was a ‘secret’ disciple of Jesus and associates him with Nicodemus. Nothing further is known of him.

By the fourth century, legends about Joseph were in circulation. In the middle of the thirteenth century appears the story of his being sent by St Philip from Gaul to be a missionary to Britain. He took with him, the legend says, the chalice used at the Last Supper, the Holy Grail, containing the blood of Jesus shed on the cross. At Glastonbury Joseph struck his staff into the earth and from it grew the Glastonbury Thorn. The thorn was hacked down by a Puritan but the thorn that grows there to this day came from a shoot of it. Glastonbury was long honored as the holiest place in England.

A still more curious story is that Joseph was a tin merchant, and long before he was sent by Philip to preach the Gospel, he came often to the tin mines of Cornwall. Joseph, the legend says, was an uncle of the Virgin Mary and brought the young Jesus on one of his voyages. William Blake with delicate questions refers to this legend in his lines that are still sung as a hymn,

And did those feet in ancient time/walk upon England’s mountains green?

And was the holy Lamb of God/in England’s pleasant pastures seen?

And did the Countenance Divine/shine forth upon our clouded hills?

And was Jerusalem builded here,/among those dark Satanic mills?

These stories, lovely as they are but without any historical foundation, were given wide credence and made Joseph of Arimathea a greatly loved figure in England.