The livestream may be found here!

‘The chief article and foundation of the gospel is that before you take Christ as an example, you recognize him as a gift, as a present that God has given you and that is your own.’ – Martin Luther

The Holy Communion on the Twentieth Sunday after Pentecost, 10:30 a.m. 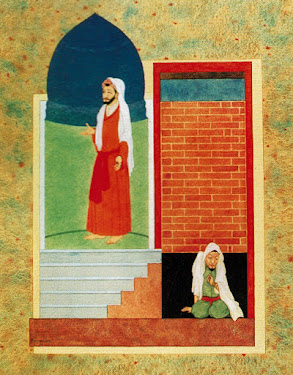 The Holy Communion on the Nineteenth Sunday after Pentecost, 10:30 a.m. 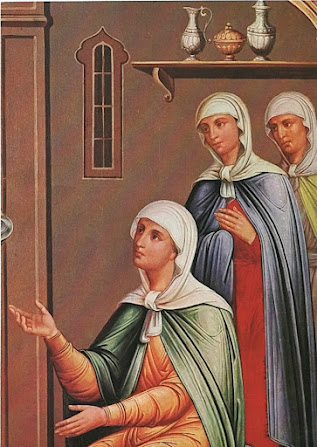 The Holy Communion on the Eighteenth Sunday after Pentecost, 10:30 a.m. 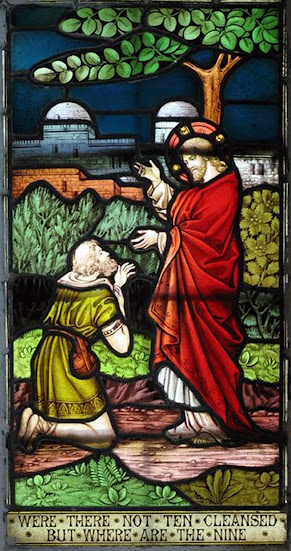 on the eve of the commemoration of William Tyndale, Priest, Trtanslator, and Martyr, 1536

William Tyndale, the translator, humanist, and martyr, was born in Monmouthshire on the border of Wales ca. 1491. He was educated at Oxford, from which he received his M.A. in 1515, and he was ordained in the same year. He then went to Cambridge, the best Greek school in England, and came under the influence of the New Learning and revolutionary methods of the study of Scrip ture. He remained there until 1521. He was for a time a tutor in Gloucestershire and there decided to translate the Bible into English to help revive the Church, which he had found in a state of serous decline. He is reported to have said to a clerical opponent of his plan, "If God spare my life, ere many years I will cause the boy that driveth the plough shall know more of Scripture than thou doest." Tyn dale approached the Bishop of London, Cuthbert Tunstall, a distinguished scholar, with his plan but was refused patronage. For a time Tyndale was the preacher at St. Dunstan's-in-the-West, but in May 1524 he moved to Germany and never re turned to his native country again. He visited Luther in Wittenberg in 1525.

By 1525 he had completed his translation of the New Testament, from the Greek of Erasmus. The printing of the book began in Cologne, but Tyndale and his secretary William Roy were forced to flee after their discovery by John Co chlaus, a heretic-hunter, and the printing was completed in Worms. The book was widely distributed in England, "sought by the people to read and by the bishops to burn" according to one commentator. Of the eighteen thousand copies printed, only two remain. In 1534 Tyndale brought out a revised edition. He also worked on the translation of the Old Testament and published the Pentateuch and Jonah (1530-1536).

In his translation, Tyndale was able to strike a balance between scholarship, simplicity, and grace. The result was the creation of a masterpiece of vigorous English and a style of Scripture that was to serve as the model for all future Eng lish versions for nearly four hundred years.

Tyndale was forced to live abroad in poverty and danger. In May 1535, he was arrested, tried, and condemned for heresy. He was imprisoned in the castle of Vilvorde, the state prison of the Low Countries, and there on October 6, 1536, he was strangled at the stake and his body burned.

Ironically, while Tyndale was awaiting execution, the situation in England had changed. His most vigorous opponent, Thomas More, himself became a martyr in 1535. In the same year, Miles Coverdale published the first complete English Bible, made up of Tyndale's New Testament and Pentateuch, with the ad dition of Coverdale's own translation of the remainder of the Old Testament and

Apocrypha. Although this Bible was printed on the European continent, it was allowed to circulate freely in England. The "Matthew Bible," another edition of the Tyndale-Coverdale translation, was published with the king's special license in 1537, and in 1540 the second edition of the Great Bible (1539) declared on the title page that it was "appointed to the use of churches" and contained a long pref ace by Archbishop Cranmer encouraging Bible reading by clergy and laity.

Tyndale was included on the calendar in the 1979 Prayer Book, the Luther an Book of Worship, Evangelical Lutheran Worship, and the Methodist For All the Saints.

The Holy Communion on the Seventeenth Sunday after Pentecost, 10:30 a.m. 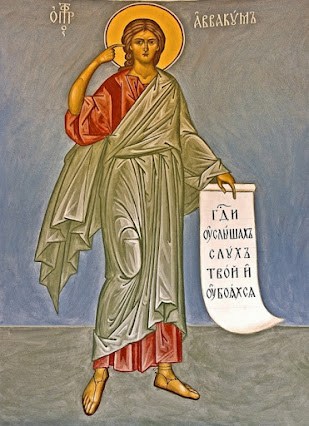