'Jesus is light for those who dwell in darkness. He is hope for us – in our personal lives, in our life in the world, for humanity as a whole.'

The Third Sunday after the Epiphany

Some of us will vaguely know what the ‘Enlightenment’ is. According to Brittanica.com, the Enlightenment was ‘a European intellectual movement of the 17th and 18th centuries in which ideas concerning God, reason, nature, and humanity were synthesized into a worldview that gained wide assent in the West and that instigated revolutionary developments in art, philosophy, and politics. Central to Enlightenment thought were the use and celebration of reason, the power by which humans understand the universe and improve their own condition. The goals of rational humanity were considered to be knowledge, freedom, and happiness.’

Clear as mud, right? But they tried. Let’s give a couple of examples, though. We are beneficiaries of much that came out of the time of the Enlightenment. From the Enlightenment sprang the scientific method we all learned in school: observation, hypothesis, experiment, analysis, conclusion. This approach has led to many of the advances that humanity has made in the fields of technology and medicine, for example; changes that have made our lifespans longer and less difficult day-to-day.

We also owe our system of government to the Enlightenment. By the power of reason the philosophers upon whom the American Founders relied deduced that government existed for the people, not people for the government, and that when government did not work for the people’s benefit, the people had the right to consent to a different system, one which would protect their God-given rights. Which rights those are and how far they extend, those have been a matter of debate since the beginning of our Republic. But at least we can have those debates among ourselves.

Reason, science, liberty: All of these are words we associate with the European Enlightenment. But, as I just mentioned, human beings, using reason, come to different conclusions about truth and knowledge. People in power believed that they could direct human affairs towards order and goodness according to reason, only to be confused by the messiness of life and the desire of the human heart for liberty. Using the tools of experimental research bequeathed to them by the Enlightenment, scientists not only created life-saving medicine but life-destroying weapons. The French Revolutionaries, having dethroned God and set wisdom in His place, ended their reasonable revolution by executing any and all who were opposed to them. The Enlightenment has been a mixed blessing at best.

Why talk about this at all? It is because the Enlightenment was and is seen as first and foremost a source of hope. For we are all looking for hope: for our own health, safety, and flourishing; for the well-being of the world; for the future of humanity and its planet.

The people of the Enlightenment believed that if they applied reason, they might solve the problems of life and lead humanity into a new age of the world. They may have solved some problems, but others sprang up in their place or proved intractable.

Other people have similar hope for an ‘enlightenment.’ In the days of the 60s, the flower children believed that in rejecting the values and morals of a conformist society, they were bringing a new age into being. I think we’re still waiting. The Internet age began with people who believed that by making information free and communication instant, we would live in a ‘global village’ which would make conflict less likely and people happier. Didn’t really work out that way, did it?

And why do some people have such fascination with the idea of alien life on other planets? I think it is because they fantasize that if we make contact with other species in the universe, they will be more mature than we are. They may lead us to a more peaceful existence. Of course, they might even be worse than we are, or messed up in different ways. In that case, perhaps human beings may unite in defense against the invader.

What is your source of hope? In the power of reason to solve problems? In getting back to nature? In the basic goodness of humanity? Some new technology that will allow us to live forever? Or an alien race swooping down from space and teaching us their ways?

The people that walked in darkness

have seen a great light;

and for those who dwelt in a land of deep darkness,

upon them light has dawned.

The Scriptures give a different answer to the question of hope. In the book of Isaiah the prophet God promises a restoration for the people of God. God’s act of salvation is depicted as an enlightenment: a new dawn which lifts the people out of spiritual and moral darkness.

After Jesus’ earthly life, death, and resurrection, the Gospel writer Matthew looked back several hundred years at the words of the prophet and read them in a new light. In the ministry of Jesus in Galilee he saw God fulfilling his ancient promise: in the land once lived in by the descendants of the Israelite tribes of Zebulun and Napthali, a new sun was rising: a light to reveal God to the nations and the glory of God’s people Israel.

Jesus is light for those who dwell in darkness. He is hope for us – in our personal lives, in our life in the world, for humanity is a whole. For each one of us, he is hope for forgiveness of sins and for living in relationship with others; for healing and peace. For the world he is a sign of unity and brotherhood; that all people can be one and may be one. He is the destiny of humankind, that all might come within the reach of his embrace.

Before it was a European philosophical movement of the 16th and 17th centuries, ‘enlightenment’ was a word associated with baptism. In several weeks we will, from the Gospel of John, hear the story of the man born blind, which to the ancient church was a symbol of baptism, the dawning of the light upon those who could not see.

Yet we may ask one more question: if Jesus is the light which dispels darkness, why then does there seem to be so much darkness in ourselves and in the Church and the world? Why, having received the Gospel, did the congregation in Corinth fall into division and factionalism? Why do we still deal with lack of unity in the Church?  We are in what is known as the Week of Prayer for Christian Unity, which hardly anyone ever observes any more, not because there is no need for it. Certainly it might seem to some that enlightenment has not come, that the one who brings people together is not Jesus, simply because we must still pray for light and peace and strive for justice and order. 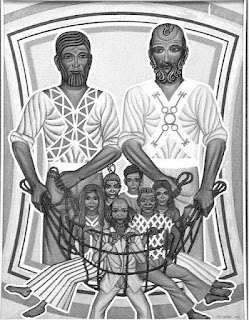 But if we remember that the light Jesus brings is not a dominating light, not a power which forces everyone into its embrace, but an inviting beacon, a power which heals and does no violence, we begin to understand. We see that the first thing Jesus does in his ministry is manifestly unreasonable – he calls uneducated fishermen to share in his ministry to the nations. Certainly a reasonable person interested in changing the world would have chosen others. Yet he chooses them – with all their faults and foibles. The way he chooses to change the world and give people hope is by going to the cross; he opts for the seemingly unfruitful path of suffering. But in this way, he brings light to those who dwell in darkness and the shadow of death. As St Paul writes to the Corinthians:

The message about the cross is foolishness to those who are perishing;

But to us who are being saved it is the power of God.

Light has come in Jesus, who chose the unchosen,

Who unites the dis-united,

Who has power without violence,

Who died in order to live,

And even in the midst of sin and death

May live as those enlightened

By the rising of his Son.