When we speak of the word, ‘call,’ in the church, we most often are talking about a ‘call’ to the ministry. But I can think of at least three ways we can speak of the calling of a Christian.

15Then the Lord said to [Elijah,] “Go, return on your way to the wilderness of Damascus; when you arrive, you shall anoint Hazael as king over Aram. 16Also you shall anoint Jehu son of Nimshi as king over Israel; and you shall anoint Elisha son of Shaphat of Abel-meholah as prophet in your place.  19So he set out from there, and found Elisha son of Shaphat, who was plowing. There were twelve yoke of oxen ahead of him, and he was with the twelfth. Elijah passed by him and threw his mantle over him. 20He left the oxen, ran after Elijah, and said, “Let me kiss my father and my mother, and then I will follow you.” Then Elijah said to him, “Go back again; for what have I done to you?” 21He returned from following him, took the yoke of oxen, and slaughtered them; using the equipment from the oxen, he boiled their flesh, and gave it to the people, and they ate. Then he set out and followed Elijah, and became his servant.

Elijah is told by God to anoint a successor, and he does so in typical prophet-of-God fashion. He doesn’t advertise for the position, organize a search committee, take applications, and conduct interviews. He simply finds the one he thinks God wants and says, ‘I need a volunteer. You.’ But he doesn’t even have to say anything. He throws his cloak over Elisha, and in ancient Israel it’s pretty well understood what it means when a prophet throws his cloak over you.

But Elisha wants to say goodbye to his father and mother first. Elijah allows him to go back, saying ‘What have I done to you?’ It’s a big deal, what Elijah has done. He’s completely turned Elisha’s life upside down. Elijah knows what the life of a prophet is like. Not easy. But the call to follow is not thereby abrogated. Elisha has this one chance to consider what’s being offered him, what’s being expected of him, what’s he’s being asked to do. Elijah can wait while he does this. 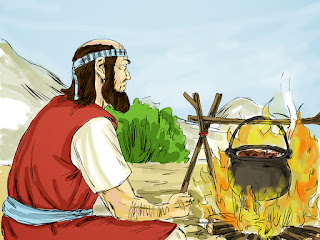 And so Elisha takes his yoke of oxen, kills them all, takes the equipment for yoking the oxen, burns them to heat up a big pot of water, and boils the meat. One can imagine the smell wafting over the fields. One can imagine the people coming, wondering what is going on, and wondering even more when they are served a delicious meal, the feast of the sacrifice of Elisha’s life to God. Elijah smells it on the air and knows that Elisha will soon be with him, becoming his servant and eventually his successor.

Elisha leaves behind everything that he owned, everything he had known, to follow God’s call. But he doesn’t leave it behind so it’s waiting for him – he destroys it. He ‘burns his ships,’ if you will, so there’s nowhere to go but after Elijah, to witness to God among the people who have rejected their own God, who no longer recognize God.

When we speak of the word, ‘call,’ in the church, we most often are talking about a ‘call’ to the ministry. But I can think of at least three ways we can speak of the calling of a Christian. 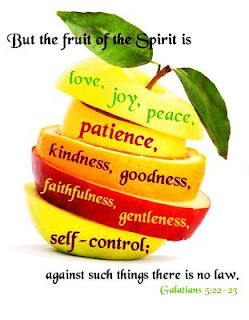 The first call is simply the baptismal call, the call to the life that a baptized person is to live. Paul describes it in the letter to the Galatians. ‘Live by the Spirit, I say, and do not gratify the desires of the flesh.’ Now when Paul talks about ‘the flesh,’ he is not talking about the body as such, but rather the life of the old Adam and the old Eve, the life of living only for self and not for others, the life which exalts the self over others. The characteristics of this old life are predatory, divisive, and destructive. But Paul commends the life of the Spirit; the life that bears the fruit of the Spirit, the life of the new person in Christ. The old must be left behind, the new embraced.

The second way we might think of call is our call in the world, what is often called our vocation. The word vocation comes from the Latin word vocare, or ‘call. One of the great insights of the Lutheran Reformation is that one has a vocation not only in the Church, but in the world. And so what we do in our daily lives, in our work, in our neighborhoods, in our schools – all of it, is to glorify God. We glorify God in the world because God loves the world, and he cares for the world. We often think of our jobs or daily lives as simply something we do to support ourselves or to enjoy life, but we should also think of them as opportunities to serve God and others.

So we are called to live in the Spirit, and to serve others in the world. The third way we can think of call is to think of our call in the Church. Again, this is most often seen as the call to ordained ministry. But in the Lutheran church we speak of the ordained and the laity. Too often we think of the ordained up here and the laity down there. But I am not up here because I’m ordained. I’m up here because the word is up here. It’s the word that is exalted, and not the pastor who preaches it. It’s the Sacrament that is exalted, not the pastor who administers it.

And so we speak of at least three ways in which we are called – to the life of the Spirit which bears the fruit, to our vocations in the world, to our service in the church. But I go back to the story of Elisha, and I wonder about my own life, because there are far too many times when, as Jesus says in the Gospel, I have ‘put my hand to the plow and looked back.’ While Elisha was called to burn his options behind him, most of us are not called to be a successor to a prophet. While Jesus was in front of a man saying ‘Follow me,’ today we meet him in the church which is in our neighborhood. And so we have all our options constantly with us, the world’s endless buffet of options of how to spend our time, talent, and treasure, what St. Paul would call the life of the flesh. 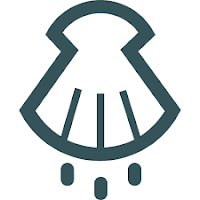 I take comfort from the Catechism. When Luther speaks of what baptism means, he says, 'it means that the old person with all its sins and evil desires is to be drowned by daily sorrow for sin and repentance, and that the new person is to rise up daily to live before God in righteousness and purity forever.' Hear that blessed word, ‘daily!’ It means that each day we hear the call again. Whether or not we’ve heard the call yesterday, or lived the call yesterday perfectly, it is there again before us today. And so day after day we have another blessed opportunity to find out what it means to leave the old behind and embrace the new.

No doubt we will not live this life perfectly. Elijah didn’t. No doubt Elisha didn’t either. But we follow one who loved his Father and his neighbor with perfect faithfulness, whose life abounded with the fruit of the Spirit. And he throws his mantle over us in baptism, and says, ‘I need a volunteer – you.’ Let us then leave behind all that would keep us from loving, serving, and obeying God, giving praise, honor and glory to Jesus Christ. Amen