'Nowadays we don’t pay attention to the Pharisees and scribes. The Church has two thousand years of thinking they’re wrong, so we don’t take their concerns seriously. But we shouldn’t be so dismissive, because Jesus isn’t. Jesus listens to them, and takes them very seriously, enough to tell them these stories of the finding of the lost.'


The Parable of the Lost Sons

We have just heard from the heart of our Lord Jesus a story familiar to many of us. But this story is only one of three stories which Jesus tells about things which are lost. Many of us also remember the story of the shepherd who searches for the one wandering sheep out of one hundred and also the woman who searches for one out of her ten missing coins. Jesus tells these stories of the lost not just because he has heard them somewhere and likes them. They come from his own heart, and they are invented from need – the need to explain why he does what he does and why he acts the way he acts. 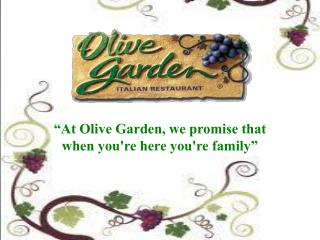 The Pharisees and scribes are offended because Jesus allows the tax collectors and sinners to come close to him, to listen to him preaching the good news. In their grumbling, they add another well-known fact about Jesus, that not only does he ‘welcome sinners’ but he also ‘eats with them.’ As we may know, it is still true to this day in Mediterranean culture that to eat with someone is to establish a kind of familial relationship. That authentic Italian restaurant The Olive Garden sums it up nicely when it displays on their walls the welcome, ‘When you’re here, you’re family.’ Strangely enough, they still always show up with the check.

In any case, Jesus is accused of being too chummy, too familiar, with these sinners. They are clearly people who should have known better, who have rebelled against God, and yet, Jesus eats with them and what’s more seems to enjoy their company. This was inconceivable to these people who were striving to keep God’s law: that a true teacher of Israel would be so comfortable in the company of people who had not kept it.

Nowadays we don’t pay attention to the Pharisees and scribes. The Church has two thousand years of thinking they’re bad people, so we don’t take their concerns seriously. But we shouldn’t be so dismissive, because Jesus isn’t. Jesus listens to them, and takes them very seriously, enough to tell them these stories of the finding of the lost. Jesus tells these stories not to condemn them, but to convince them that what he is doing isn’t bizarre at all, and to invite them into the world in which what he is doing is not only comprehensible, but the only possible thing to do. 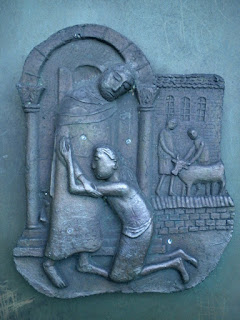 But Jesus does not divide the world into good and bad people. Instead, he speaks of the lost and the found. And this is quite a novel way to look at it. It doesn’t mean there’s no difference between good and bad actions, but it means that the lost person, perhaps lost in bad actions, is no less beloved for being lost. And it means that there’s always hope on this side of the grave, that the lost will be found. And when a lost person is found, it is time to rejoice. Just as the shepherd rejoices at the finding of the sheep and the woman rejoices when she finds the coin, just as the father rejoices when his son comes home at last, so it is that Jesus can rejoice and make merry in the company of these lost ones whom he has found.

That’s all great from a theoretical perspective, but it’s only when we hear the older brother’s side that we maybe understand the confusion of the Pharisees. It’s when we begin to empathize with him that we are able to penetrate further, to understand why Jesus had to tell this story, and maybe to understand why we and not just they have to hear it. The brother who stayed home and worked went forgotten and unrecognized, as if he had been bad. The selfish brother who left home and family behind to seek his own life was welcomed and celebrated, as if he were good. If we see the world divided into good and bad, then we will – and should! - end up siding with the brother who can only see his loyalty and hard work being disregarded.

But the father in Jesus’ story shows another way. He reminds the brother that ‘everything the father has is his.’ There is no lack of welcome for him just because there is an abundant welcome for his brother. If that were so, the father would never have come out of the house to invite him into the party. The son has snubbed him, has refused to obey an order, and yet there is no bad son, only a lost one, another lost one who needs to be found, without whom the party is incomplete. Can we see why the Pharisees needed to be told this story? They needed to be invited to the party with all the other lost ones.

Now it would be very easy and true to talk about Communion at this point, as the banquet God throws when the lost are found. But first there’s something we do each week before we come together. Can anyone guess what I’m thinking of?

Often it is seen as simply a time to say hi or to wish someone blessings, a happy day, a peaceful life, etc. But when we share the sign of Peace, it is to become one body, one family, before we go to the Lord’s banqueting table together. It is both to seek forgiveness and offer forgiveness. So it is important for us, if we have anything against someone here, to seek out that person and offer and receive the sign of peace before going to Communion. But even if we can’t think of anything specific we have against anyone, we share forgiveness with each other, for we remember we don’t have Jesus because we’re good, but because we’re found.

For the baptized are, the Church is, those who though were lost, have been found. When we say, ‘Peace be with you,’ it is the opposite of what the older brother did in the story. It is to welcome the one who is coming with us, who nevertheless has been lost, who has lived out in his or her own way the lostness we all share. And it is to confess that we too, whatever our story, have been lost and can only rejoice because Jesus has found us. We hold nothing against each other, for we are not differentiating between good and bad. Rather, we want to be none other than those who have wandered who have by God’s grace come home, and may share in his joy together.