'The promises of God are not that we will never suffer, never be confused. We will not necessarily have fulfillment according to the world’s standards, and we may never achieve our dream job, our dream relationship, or our dream life. Rather, we are called to believe that we are sinners that are forgiven, we are subject to evil from which we will be delivered, and that we will die, but will be made alive.'

In Confirmation class we’ve been talking about Abraham, or Abram as he’s called at this point in Genesis. In Genesis 12, Abram was called by God to go to the land which God would show him. God promised that he would make a great people descended from Abram, who would dwell in the land and would be a blessing to the other nations of the world. The confirmation students are trying to remember that God promised the eventually-named Abraham land, people, and blessing through him to the nations.
Fast forward to Genesis 15, and Abram has none of this. He’s in the right land, but is a wanderer – he owns no real estate. He still has no children and he and his wife Sarai are really too old to have kids. Abraham reminds God that if he dies tomorrow, Eliezer of Damascus gets everything he owns. He’s one of Abram’s servants, and in Old Testament times a servant would inherit if there was no son. 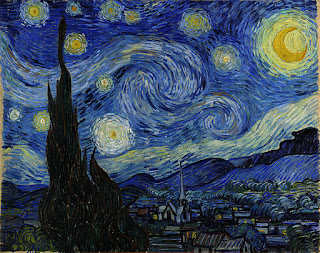 But God says that this will not happen. Abram’s own son, who is to be born of his wife Sarai, will inherit not only what he owns, but also the promises God has made to Abram – land, people, and blessing. This son will be the start of a large family – comparable to the stars visible in the night sky for their number.

In this story, then, we have who God is, what God does, and what faith is. This is not all there is to know about who God is, but God identifies himself in the Bible as the God of Abraham, Isaac and Jacob, and the one who created the universe.

What does God do? God makes and keeps promises. When he speaks a word, he binds himself to it. Some people ask, can God do anything? Perhaps he can do anything but break his own word. When he created the universe, he bound himself to it. The physical laws in it work the way they should. In the same way, when he makes a promise to a person or a people, he is bound by that word, not by a power outside of himself, but by his own power.

Finally, what is faith? That is the important part of the story for us today. Faith is to trust in the promises God makes. ‘Abram believed the LORD, and the LORD reckoned it to him as righteousness.’ Abram trusted in what God said to him, and based his actions not on what he could see, but on the Word God spoke to him. He feared, loved and trusted God above all things, as Martin Luther’s catechism says.

Abram, or Abraham as he was eventually called, only saw the promises fulfilled in an embryonic way. The only land he ever owned was the burial plot he bought for his wife Sarah. The only son he had was Isaac, and when Abraham died, Isaac was childless. So Abraham died as he lived, trusting in the promises which God had given him.

But God did indeed fulfill the promises to Abraham. Abraham’s family did become a great people, God’s ancient people Israel, who settled in the land of Canaan. They became a blessing to the other nations of the world by becoming a witness to the just, loving God that created the universe and calls people into relationship with him.

The promises of God are not that we will never suffer, never be confused. We will not necessarily have fulfillment according to the world’s standards, and we may never achieve our dream job, our dream relationship, or our dream life. Rather, we are called to believe that we are sinners that are forgiven, we are subject to evil from which we will be delivered, and that we will die, but will be made alive.

What makes us the same as Abraham is that we only have the promises to go on. It is not as if we can prove that we are sinners against an eternal divine law. We may not even feel the weight of sin or feel that we have greatly sinned. But we believe the promise that we will be forgiven our sins – and that means believing that God’s judgment and God’s mercy are deeper and greater than we can understand.

We believe the promise that we will be delivered from evil – and this means that we desire to be saved from becoming evildoers as well as being saved from having evil done to us. Most people want to be saved from evil by returning evil for evil, instead of overcoming evil with good. But is this what Jesus does? We will hear in a few weeks that Jesus lives out his words ‘Do not resist an evildoer’ by renouncing the sword and being taken captive on the Mount of Olives. In doing so, he becomes a witness to everyone to the good character of his Father, and that having evil happen to you is not the worst evil that can happen to you.

One more thing. God gave Abraham a concrete sign of his promise. The particular sign is a little strange to us of the 21st century, but for the people of the ancient Near East, the smoking firepot and flaming torch would have made perfect sense. But for us, the concrete signs of God’s promise to us in Christ are baptism and Eucharist. When we are tempted to believe that God forgets his promise to us or that we have irreparably broken the promise, we remember that God has washed us in baptism and feeds us at the Lord’s Table. Let us come to that table today in trust and hope, depending not on our own righteousness, but on God’s trustworthiness, to receive the sign of our salvation; Christ’s body and blood under bread and wine, given and shed for us.