[Jesus said,] 56“Those who eat my flesh and drink my blood abide in me, and I in them. 57Just as the living Father sent me, and I live because of the Father, so whoever eats me will live because of me. 58This is the bread that came down from heaven, not like that which your ancestors ate, and they died. But the one who eats this bread will live forever.” 59He said these things while he was teaching in the synagogue at Capernaum.
60When many of his disciples heard it, they said, “This teaching is difficult; who can accept it?” 61But Jesus, being aware that his disciples were complaining about it, said to them, “Does this offend you? 62Then what if you were to see the Son of Man ascending to where he was before? 63It is the spirit that gives life; the flesh is useless. The words that I have spoken to you are spirit and life. 64But among you there are some who do not believe.” For Jesus knew from the first who were the ones that did not believe, and who was the one that would betray him. 65And he said, “For this reason I have told you that no one can come to me unless it is granted by the Father.”
66Because of this many of his disciples turned back and no longer went about with him. 67So Jesus asked the twelve, “Do you also wish to go away?” 68Simon Peter answered him, “Lord, to whom can we go? You have the words of eternal life. 69We have come to believe and know that you are the Holy One of God.”

Grace and peace from God our Father and the Lord Jesus Christ.

Several years ago, I was in a pastor’s continuing education event,
with a couple of Christian therapists talking about their work.
The presentation was in a conversational style,
and at one point one of them said this about work with couples:
‘I always know when I’ve gotten to the real issue.’
I thought this was a little bit egotistical,
but then he said,
‘I’ve gotten to the real issue when they stop coming to marriage counseling.’

Now, that’s a jaundiced view, perhaps;
borne out of one too many failed endeavors at helping.
These do take a toll on counselors, pastors, and the like.
But there was more than a grain of truth there.
People, couples, families, churches, companies, nations,
communities of all kinds, shapes, and sizes
can get very good about talking about anything but the real issues.
We even have a name for it – you probably know it –
‘the elephant in the room.’ 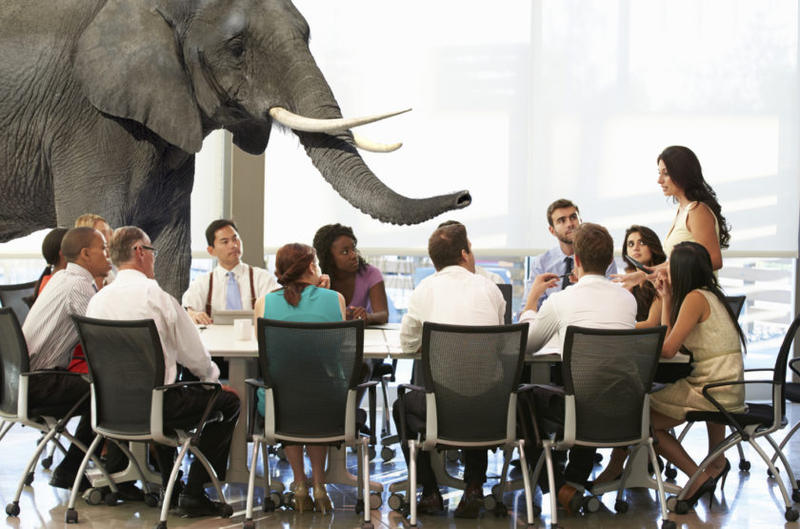 It brings a hilarious image to mind.
A group of people standing in a room,
a huge gray-trunked, ivory-tusked, trunk-swishing, snorting elephant in their midst,
and the people are asking each other
why they keep getting knocked over,
why there are peanut shells all over the floor,
why it smells so bad in the room,
and what these huge piles are all over the place.

Anyone from outside can see what’s going on,
but these people can’t, or won’t see it.
So it is when people can’t or won’t see the real nature of a problem they’re facing,
because to see it, and name it,
would entail honesty, commitment, and a decision.

Jesus refuses to let the people
he’s been talking to about the bread of life off the hook.
He names the elephant in the room,
that some of them do not believe.

They had chased him around the lake,
not to learn something but to get more free bread.
They have been questioning Jesus’ claims –
first asking how he could be who he says he is
when he comes from an ordinary Nazarene family.
Then they take him in an absurd literal way
when he says that he will give them his flesh to eat.
Finally, they complain that his teaching is too difficult
for any reasonable person to accept.
All of it dancing around the issue –
refusing to see the problem for what it really is:
that some of them do not believe.

It is not even, perhaps,
that they carefully considered Jesus’ claims
and found them wanting
on some sort of technical or philosophical grounds.
Rather, it is that all of their questions are obfuscations;
efforts to avoid the elephant in the room.

Jesus does them a huge favor by naming the elephant in the room.
His words sound like condemnation,
but they are an invitation, a summons.
It is the last possible chance.
For non-believers can become believers,
but only if they are addressed with the real issue.
When they are shown the elephant in the room,
they may – they may – be able to be honest about it
and make a decision to turn in faith and trust.

The word ‘decide’ comes from Latin,
in which it literally means to cut off, or to terminate.
One possibility of existing is rejected, the other embraced.
One road is taken, the other left behind.

Jesus calls the people from constant obfuscation,
constant questioning,
to faith and trust.
Constantly taking offense at the exclusive nature of the claims of Jesus
can be nothing more than obfuscation,
attempts to avoid the real issue –
that it is faith and trust are lacking,
and not just the right or perfect explanation.

You can see this easily with children.
There is always a question back,
‘But why?’
And always an answer, ‘But I’m not tired!’
Any explanation can be met with a counter-explanation,
until both parent and child are acting like children. 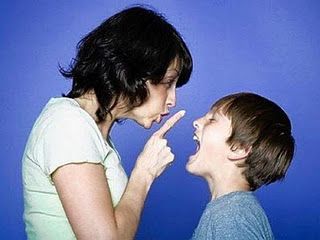 And all people some of the time
and some people all of the time
are still in that stage.
‘But why?’
Never understanding that it is not the explanation that is lacking,
but trust.

It may need to be said at this point
that even as faith rejects questioning that is meant to avoid,
that does not mean that faith is blind.
To live in trust and faith
does not mean that all questions are bad.
It simply means that questioning in faith
expects and trusts that there will be an answer.

Indeed, an honest question can only come from faith.
A child asks the parent a serious question,
expecting an answer to help them,
to guide them,
or at least to help them understand their point of view.

Today we lack that ability to question from a position of trust.
Our questions are all rhetorical questions,
designed for victory,
rather than to come to appreciation of someone else’s point of view,
or even to seek truth.

Some questions God may not answer until we stand before him.
It is part of faith and trust to accept ambiguity
even as we say, ‘Lord, to whom shall we go?
You have the words of eternal life.’

Who knows whether Peter could have said these words
on behalf of the twelve
had he not heard Jesus say,
‘there are some of you who do not believe?’
Perhaps for him,
the naming of the elephant in the room
was the key for him
being able to honestly commit to following Jesus,
to say the words,
‘You have the words of eternal life.’
He would fall on the path,
but he was able to be recalled,
not to turn aside.

Who knows whether or not
we can obey the commandments when it is hard,
if we are not told that obedience is necessary
and disobedience is a real threat?
Who knows whether or not
we can come to faith without knowing that on our own we cannot?
That it ultimately is a matter of the Spirit,
and not the flesh?
So we constantly ask God the Holy Spirit
to stir up faith in us,
to call us through the Gospel,
enlighten us with his gifts,
make us holy,
and to keep us in true faith,
now and to the end of our lives. Amen